10 Life-Changing Books Everyone Should Read at Least Once

Today I want to write "The 10 Best Life-Changing Books that have the greatest impact on me". After thinking about it for a while, these 10 books changed my life, changed my values, my world outlook, and my life outlook. I think they will be beneficial to friends who love reading. So the title was set as "10 Best Books That Changed Life".
There are about 8,000 books in the home, and 95% of them have not read them. When you encounter a good book or a favorite book, you can reread it over and over again. For many books, just browse, skim, look at the table of contents, and select chapters to read. My favorite is literature and spirituality books.
Literature is vast and vast, encompassing all things in the world, revealing the profoundness of human nature; spiritual books tell us the truth and reality of life, help us recognize life, get rid of troubles, and return to peace.
Everyone has moments of confusion when you don't know where to target. You may find the answer in reading books, and I recommend the 10 best life-changing books to you. Let you go through the period of confusion and have a good start. To have a good life, the change starts with reading.
If you are looking for life-changing books in 2022 that will change your life then make sure that you grab these 10 books immediately because they are bound to change your life forever! 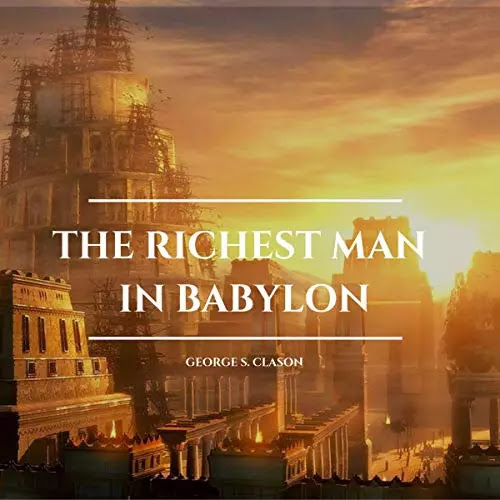 Introduction:
The language of "Babylonian Rich Man's Finance Lesson" is as concise and clear as when we read the Bible. These wonderful and informative stories will enable you to be accompanied by joy and will lead to a confirmation of prosperity. the road.
As a widely praised modern classic, "Babylonian Rich Man's Finance Lesson" provides understanding and solutions to your personal financial problems, and will lead you through your entire life. It reveals all the secrets of how to get money, save money, and use the money to make more money. 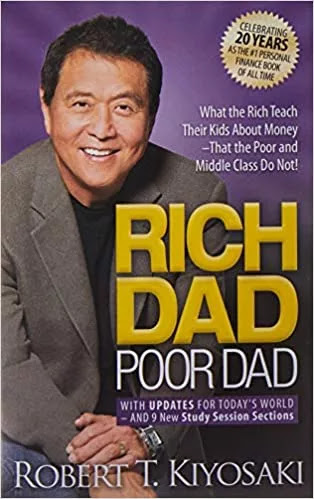 Introduction:
"Poor Dad" is his biological father, a highly educated education official; "Rich Dad" is the father of his good friend, an entrepreneur who has not graduated from high school but is good at investment and financial management.
Kiyosaki followed the life path designed for him by "Poor dad": going to university, serving in the military, participating in the Vietnam War, and passing through the ordinary early days of life. Until 1977, Kiyosaki witnessed the "poor dad" who had worked hard all his life lose his job, and the "rich dad" become one of the richest people in Hawaii.
Kiyosaki resolutely followed in the footsteps of "Rich Dad", stepped into the business world, and since then boarded the get rich express.
Kiyosaki uses his personal wealth stories to show the completely different views of money and wealth between "poor dad" and "rich dad": the poor work for money and the rich let money work for themselves! 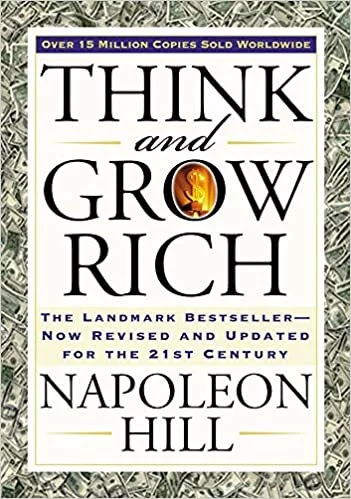 Introduction:
The book summarizes the 13 steps to obtaining wealth. All the achievements you have made, all the wealth you have obtained, originally originated from an idea! If you are ready to accept the secret of "Thinking to Become Rich", then you have half of the secret, and when the other half flashes into your mind, you can recognize it at a glance.
In the steel king Andrew? With Carnegie’s instruction and funding, the author spent 25 years interviewing more than 500 business and political celebrities and summed up a complete set of rich secrets and success philosophies.
He guided countless ordinary people to practice these principles and laws in the book and achieved great success. Many people became millionaires, such as Clement Stone. Hill is thus known as the "Millionaire Maker".
"During the past twenty-five years, I have been blessed with more good fortune than any individual deserves but I shudder to think where I'd be today, or what I'd be doing if I had not been exposed to Napoleon Hill's philosophy. It changed my life."
---Og Mandino, The Greatest Salesman in the World

4. The Greatest Salesman in the World 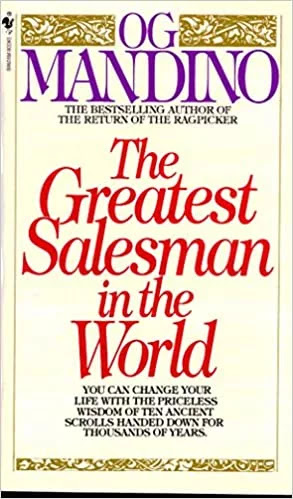 Introduction:
"The World's Greatest Salesman" records a touching legend. A shepherd boy named Haifei was lucky enough to get ten mysterious sheepskin rolls from his master. Following the principles in the rolls, he persisted in starting a business and eventually became a great salesman. A vast commercial kingdom has been established...
This is a book with a huge influence all over the world, suitable for anyone at the secondary level. It is thrilling, inspiring, and changing the fate of many people... Every sales manager should read "The World's Greatest Salesman".
This is a good book that should be carried with you. It is like a mentor and helpful friend who guides you morally, and spiritually, conducts you, comforts and encourages you, and is the source of your invincible strength.
“The Greatest Salesman in the World is one of the most inspiring, uplifting, and motivating books I have ever read. I can well understand why it has had such a splendid acceptance.”—Norman Vincent Peale
“At last! A book on sales and salesmanship that can be read and enjoyed by veterans and recruit alike! I have just completed The Greatest Salesman in the World for the second time—it was too good for just one reading—and in all sincerity, I say that it is the most readable, most constructive, and most useful instrument for the teaching of sales as a profession that I have ever read.”—F.W. Errigo, Manager, U. S. Sales Trainer at Parke, Davis & Company. 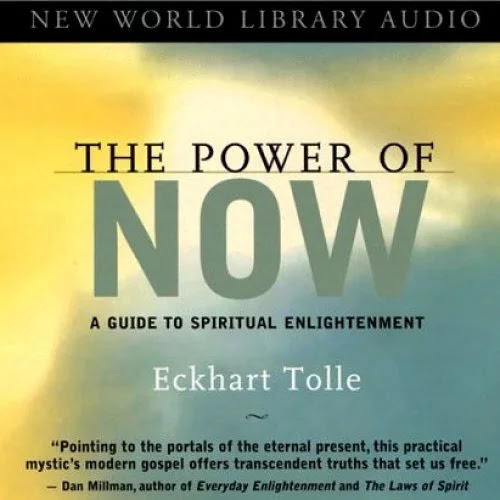 Introduction:
"The Power of Now" is a spiritual classic that has been selling well for 20 years. "The Power of Now" is not just a book, it also contains living energy. This energy can miraculously change your life, and it turns out that it has changed the life trajectory of countless people.
This is not a book that you can read in one breath. It will accompany you throughout your life. Every time you read, you will have a different experience. We have always been under the control of "thinking", living in eternal anxiety about time.
We cannot control our brains and become slaves of "compulsive thinking"; we cannot forget the past, and we are more worried about the future. In fact, all we can have is the present. Everything happens in the present, and the past and the future are just meaningless illusions of time.
By surrendering to the present, we can find the source of strength and the entrance to peace and tranquility. There, we let go of anxiety and pressure and gain inner wisdom and true joy. 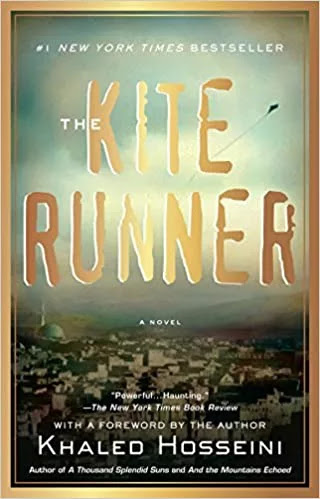 Introduction:
"Many years have passed. People say that old things can be buried. However, I finally understand that this is wrong because the past will climb up by itself. Looking back, I realize that in the past 26 years, I have always Peeping at the deserted path."
Amir, the 12-year-old Afghan rich young master, and his servant Hasan are brothers and sisters. However, after a kite competition, something tragic happened. Amir felt self-blame and pain for his cowardice and forced Hassan away. Soon, he followed his father to the United States.
After adulthood, Amir could not forgive his betrayal of Hassan. In order to redeem his sins, Amir once again set foot in his hometown of more than 20 years, hoping to do his last bit of effort for the unfortunate friend, but found a shocking lie. The childhood nightmare repeated itself again.
How should Amir choose? The novel is so cruel and beautiful, the author outlines the essence and redemption of human nature with warm and delicate brushwork, which is heart-warming to read.

7. The Moon and Sixpence 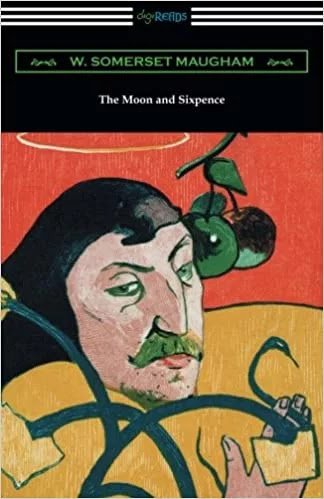 There were sixpence everywhere, but he looked up and saw the moon.-Maugham
Introduction:
"The Moon and Sixpence" is a novel written by British novelist William Somerset Maugham, written in 1919. The work uses the life of the French impressionist painter Paul Gauguin as the material.
It describes an originally ordinary London stockbroker Strickland, who suddenly fell into the magic of art, abandoning his wife and son, and abandoning the appearance of wealth from others.
To live a happy life, go to Tahiti in the South Pacific, use a round pen to compose the story of his brilliant life, and pour all the value of life into the gorgeous canvas.
He didn't care about the entanglement of poverty and the torture of illness, but he regretted never patronizing his consciousness. The work expresses the contradictions between genius, individuality, and material civilization, as well as modern marriage and family life.
It has a broad perspective on life. It uses a scalpel that smells of disinfectant to sharply dissect human nature wrapped in the skin, mixing with spectators. The laughing humor and cruel eyes.

8. The Courage to Be Disliked 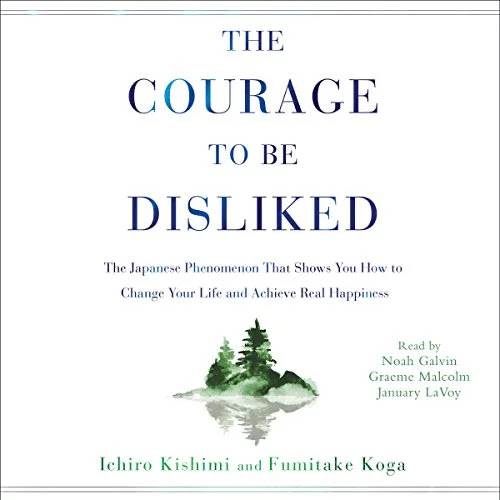 Your misfortune is not caused by the past or the environment, let alone lack of ability, just lack of "courage". In other words, it is the lack of "the courage to become happy."——Philosopher
Introduction:
A young man who was deep in inferiority, incompetence, and unhappiness, heard a philosopher’s claim that "the world is so pure, everyone can be happy" and challenged them.
The two started thinking and debating about you and me. After one night passed, the youth began to think, about why "the so-called freedom is to be hated by others"? It depends on what you are like. 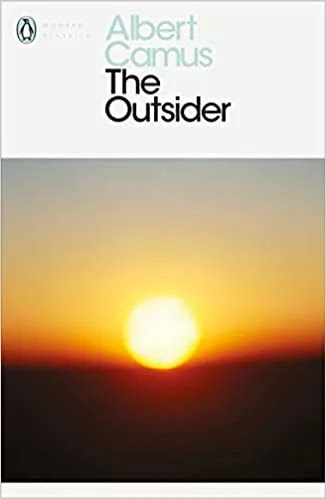 The end of a person's life is when everyone forgets him.-Camus
Introduction:
"The Outsider" is a novella written by Camus in France and a representative work of existential literature. "The Outsider" vividly embodies the concept of "absurdity" in existential philosophy; due to the separation of man and the world, the world is absurd and meaningless to man, and man is powerless against the absurd world, so he does not hold anything.
Hope, indifferent to everything. Albert Camus's "The Outsider" fully reveals the absurdity of the world and the opposition between people and society by shaping Morso's image of an "outsider" with shocking behavior and deviant speech.
Morso's various behaviors seem absurd and uncomfortable, but they are actually the weapons he uses to fight against this absurd world.

10. A Brief History of Time 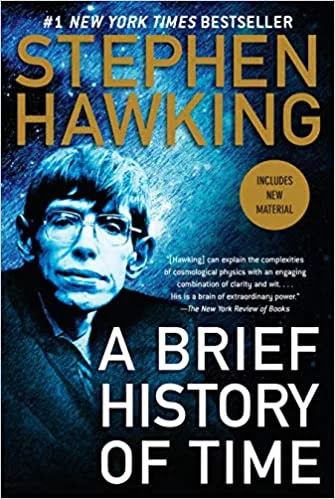