Introduction of Outliers: The Story of Success by Malcolm Gladwell

In this wide-ranging third installment of Malcolm Gladwell's exploration of how people and social phenomena work, the New Yorker journalist takes a close look at what constitutes high levels of success. That is, what makes people at the top of their respective fields get there? As we've come to expect from Gladwell's previous books, the answer to the question is a bit complicated.
He says that upbringing, culture, and even random luck have something to do with success, but there is another important quality that anyone can control. Two chapters are dedicated to the "revelation" that IQ is only a baseline quality and success has little to nothing to do with having a high IQ or a low IQ. Rather, success is substantially a product of cultivating a high degree of what Robert Sternberg calls "practical intelligence" or what most refer to as "emotional intelligence."
Gladwell uses the example of Nobel laureates coming from unknown schools as often as ivy league schools. At this level of mastery, IQ is no longer a factor. Success has little to do with where you were educated and everything to do with your level of practical/ emotional intelligence and willingness to put in the 10,000 hours of practice required to reach mastery of your field.
All in all, it's an interesting read that isn't too heavy and goes by pretty quickly, as the interesting anecdotes are what you would expect from Gladwell.

Malcolm Gladwell is known as "Peter Drucker of the 21st Century" by "Fast Company", was a business science columnist for the "Washington Post" and is currently a "New Yorker" magazine Full-time writer.
Malcolm was born in England and is a descendant of Jamaican. He grew up in Canada and now lives in New York City. He has worked as a reporter on health policy and science journalism, and his articles like to see the bigger picture. Malcolm is a very creative writer. He believes that his style of writing belongs to a style of the adventure of ideas.
Although most of his works are not fictional and do not revolve around a character or a story, the storyline is not Generally more tortuous, reading his articles has the charm of adventure ups and downs. 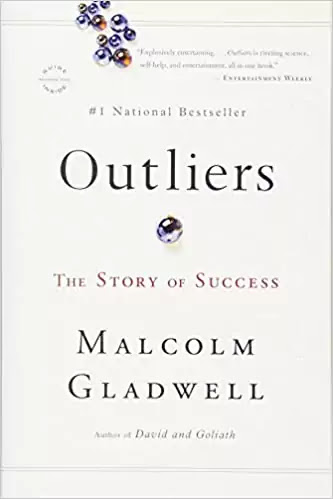 Outliers: The Story of Success by Malcolm Gladwell

Lario refers to the upbringing style of middle-class parents for their children as "coordinated training". This model tends to "explore children's talents and cultivate children's propositions and skills." As a comparison, the educational strategy of low-income families for children is "natural growth". These parents regard the upbringing of their children as their own responsibility and the growth and development of their children as their own business.
The children's activity table of wealthy families is always arranged full, and they often shuttle back and forth in various experiences. Children **learn to collaborate with others** to complete tasks and learn to cope with complex organizational structures. They also learn how to **comfortably deal with adults** and express their opinions clearly when necessary.——Quoted from the chapter: An ordinary truth

Please recommend some books! Munger recommended at the 2009 shareholders meeting: "Outliers" the author is Malcolm Gladwell. "It has a reason to be a bestseller." "I tend not to read self-help investment books. It's a bit like a soap opera: I think I know all its plots." Like sunlight, this is usually a part of the world. But in Berkshire, this is less than elsewhere, which provides a favorable advantage.
This is not a simple and rude book of success, but a serious sociological study! It is more inspiring to government departments, social workers, and educators, and it is stupid to confirm one after the brain is disabled. The Ten Thousand Hours Law, I’m really blind.
The new secret of success Malcolm puts forward the necessary conditions for success in the book: 10,000 hours of deliberate practice is equivalent to 20 hours of focused practice per week for 10 consecutive years. The book gives a lot of examples, from Bill Gates to Bill Joy to the Beatles to Mozart to NHL hockey stars. . . .
In the words of the author, no one has become a world-class expert without 10,000 hours. Malcolm has always been good at filtering the black words of academia into stories that my little-footed grandmother Zeng would like to hear, and fascinatingly discuss phenomena that are contrary to ordinary people's intuition. The bosses who have read Tipping Point and Blink should have some understanding.

This is a book that studies how to succeed. It analyzes the factors that are often overlooked behind the success and specifically analyzes how these factors play a role.
The book is divided into two parts.
The first part talks about opportunities, explaining the decisive role that opportunities play in people's success. These opportunities include the times, social transformation, and family environment.
The second part talks about the impact of cultural inheritance on people and analyzes the huge differences between different cultural backgrounds and the impact on people.

The first part, the opportunity:

Matthew Effect
Some original small, accidental, and potential advantages benefit them, and this advantage is regarded as his own. His abilities and talents, and continue to receive more attention, opportunities, and resources in the growth process, make the advantages continue to strengthen.
This kind of "Matthew effect" of the strong will eventually enable those with small advantages and opportunities to grow into extraordinary people.
10,000 hours of professional skills require 10,000 hours of repeated practice to become a master. The special environment and timing provided him with the opportunity to persist for 10,000 hours, and this special environment eventually created a special hero.
High IQ vs. Practical IQ
As long as the IQ reaches 120, no matter how high it is, it will not increase the probability of success. Therefore, as long as you know that a child is smart enough, you don't need to know the value of his IQ.
What plays a greater role is "practical IQ" (similar to the emotional intelligence we often say), that is, the teamwork that a person has learned in the process of growing up, and the ability to communicate with authority figures and persuade him to use his own advantages to fight for greater rights and interests. A large part of the acquisition of practical IQ comes from the family environment.
Opportunities of the times What kind of opportunities you are facing depends on when you were born. Whatever era you are from, you should seize the opportunity of that era.
In the end, the opportunities of the times, IQ + practical IQ, and growth environment together constitute the elements of success.

The power distance index refers to the degree to which authority is valued and respected in a particular culture. For example, South Korea has a high index, while the United States has a low index. The culture of different power distance indexes profoundly affects a person's behavior pattern.
Through the analysis of the above factors, the author concludes that success is not just a person What is accomplished by one's own talent and hard work is by no means "personal behavior." Success is affected by fortune, opportunity, cultural heritage, and family background.
Recognizing these factors will help us understand the essence of success, adjust the direction of progress, and seize the opportunities in front of us.

Ten thousand hours of genius is not just hard work.
In the second chapter of Outliers, Gladwell proposed the famous 10,000-hour genius theory, the core of which is that a skill practice time of 10,000 hours (ten years), you can become a genius using this skill as a master. This chapter uses Bill Joy, Beatles, Bill Gates as examples to illustrate how they achieved 10,000 hours of practice time at a very young age.
This is a sentence I like very much: (pp. 59-60) Practice isn’t the thing you do once you are good. It is the thing you do that makes you good.
The author further pointed out that such a huge amount of practice time cannot be completed by him alone (as a teenager). This requires not only family support, but also special training. Ten thousand hours is an enormous amount of time. It is all but impossible to reach that number all by yourself by the time you are a young adult. You have to have parents who encourage and support you. You cannot be poor, because if you have to hold down a part-time job on the side to help make ends meet, there will not be time left in the day to practice enough. In fact, most people can reach that number only if they get into some kind of special program —Like a hock all-star squad—or if they get some kind of extraordinary opportunity that gives them a chance to put in those hours.
Taking Bill Gates' completion of 10,000 hours of practice as an example, the author believes that Gates has nine opportunities that no one else has, and it is these opportunities that allowed him to reach 10,000 hours of programming in seven years. (pp. 78-80)
And what did virtually all of those opportunities have in common? They gave Bill Gates extra time to practice. By the time Gates dropped out of Harvard after his sophomore year to try his hand at his own software company, he's been programming practically nonstop for seven consecutive years. He was way past ten thousand hours. How many teenagers in the world had the kind of experience Gates had? “If there were fifty in the world, I'd be stunned,' he says. “There was C-Cubed and the payroll stuff we did. The TRW—all those things came together. I had a better exposure to software development at a young age than I think anyone did in that period of time, and all because of an incredibly lucky series of events."
Next Post Previous Post
Book-Reviews