'Reading and Thinking' is reader-supported. When you buy through links on our site, we may earn an affiliate commission. Learn more

"What books should I read next?"

Introduction to "The Graveyard Book"

A baby. A cemetery. The end of an assassination, the beginning of a legend. In the cemetery. There are ghosts. There are also mysterious guardians. Even the god of death went on his own. (Don't worry. She is a kind lady.) In the human world, there are liars, villains, and ordinary people. There is also a naive little girl.
Growth story, magic practice. Adventure experience, the first love of a teenager. Throughout the book is the battle of assassination and revenge.
The gloom of the cemetery reflects the warmth of the ghost. The noisy world is indifferent and ruthless. But in the end, the teenagers who grew up in the cemetery will still bid farewell to the past. Towards society. To adulthood... 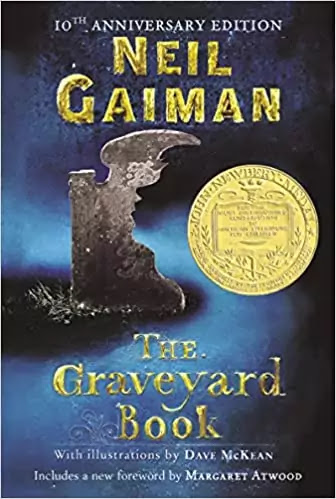 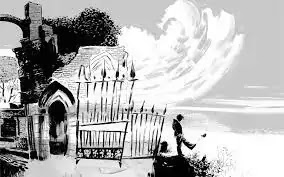 About the author (the graveyard Neil Gaiman)

Contemporary master fantasy novelist, born in England in 1960. Neil Gaiman is a dazzling new star in contemporary European and American literary circles and is hailed as one of the top ten postmodern writers by The Dictionary of Literary Biography.
In 1989, Gaiman started his creation with the comic "The Sandman". Since then, his creation has gradually covered novels, comics, poems, scripts, and other fields. His representative works include "American Gods", "Nordic Gods", "Stardust", and "Good Omen".
Because of the unique style and imagination of his works, the "Miami New Times" believes that he has become a "rock star in the literary world"; Stephen King, the master of thriller fiction, believes that his "rich creative power and high standard of work are both magical" It's scary again."
"Graveyard Book" was conceived 23 years, and it is the greatest work of Gaiman's creative career. Gaiman believes that the "Graveyard Book" surpassed his expectations and even surpassed himself. The adaptation of the film is being produced by Disney.
"Graveyard Book" was inspired by the 25-year-old Gaiman who saw his 18-month-old son riding a tricycle in a nearby cemetery. Since then, the idea of writing a "Graveyard Book" has been fermenting in Gaiman's mind. In 2008, Gaiman completed the writing of Graveyard Book, and his son happened to be 25 years old that year.

Some people seem to hold the idea that books that you can enjoy and books that are good for you are opposed to each other, and you must choose one side, and everyone should choose the other side. But from the past to the present, I have always disagreed with this view. I still think that you have to choose your favorite book.——Quote from Neil Gaiman's speech at the American Library Association Annual Meeting.

The book has won 20 international awards including the Hugo Award, the Track Award, the New Burleigh Gold Award, the Carnegie Award, the Sevier Award, the Wozara Award, and the Horn Flute Award.
The author Neil Gaiman is a modern fantasy novelist. Representative works include "American Gods".
I am a person who is afraid of ghosts, but the cover of this book is very interesting and does not look so scary. I couldn't put it down when I opened it, and it took two days to finish reading.
"Graveyard Book," says that the family was killed and only one baby was left. The baby came to the cemetery by mistake. The ghosts took him back, named him Nobody, and raised him.
Seeing such a story, I am very curious about how Novati grew up in the cemetery, how the ghosts treated him, who killed his family, and what would happen to his identity when he grew up.
A mystery urged me to look down. Norbert has been to vampires and witches, werewolves and death gods, ghouls and fog people, high-altitude hunters and god dogs, as well as the tomb of ghouls where people who encounter loneliness are hidden, sleepwalking, and learn horror.
The dance of the gods of death and the undead, as well as the very touching friendship and affection. Upon reading, you will find that there is warm and soft darkness in the tomb, and ghosts are more humane than living people.
I thought this book was about the growth history of children. After reading the last chapter, I realized that this is more of a "Parent's Book".

"I finished the last page in the gazebo in my garden, and while I was writing, I managed to bear tears. Only at that moment, I understood why I didn't write this book when I was a father. Because before I created it, I had to First accompany my children through their growth process, nurture them, love them, and learn to let go at the end."
Therefore, if you have a growing child in your family, you can find the "parent's book" hidden behind the "childhood book". From the perspective of the child and the parent, the love and attachment in the cemetery are very touching.
If you are afraid of ghosts, this book will eliminate the horror that reflects the conditions of ghosts and gods.
Of course, if you have a long time and want to read simple and interesting novels to pass the time, it is also highly recommended. This is a book that is as powerful as the main text until the latter part of the book.

I finished reading this fantasy novel today. It's very beautiful, but I didn't expect Silas to be a vampire and didn't write any mistakes he made. I personally feel that the reason Jack wants to kill Bod is too ridiculous. When I saw Bod leave the cemetery in the end, I felt so sad, although it was written that he left with a smile and expecting an unknown world.
Alas, life is like this. Growing up under the care and education of relatives, until the day of adulthood, you will always embark on the journey of life alone, and there will be fewer and fewer relatives along the way with the passage of time, the unknown road to the rest of your life, For good or bad, you have to brave yourself to the end. ps. My vocabulary is too bad. I wrote a summary of each chapter and found that I had forgotten the grammar. I can only pick it up slowly.

20 Best-selling cookbooks of all time for your kitchen


Amazon's Best Books of the Year


Up to 50% off select Science Fiction & Fantasy books


Up to 40% off select children's books


Up to 50% off select popular children's books

Kindle Unlimited: Get 2 months of digital reading for free


Kindle Unlimited: Get 2 months of digital reading for free


Watch Movies and Shows with Friends and Family

Popular on the Internet

Created By ThemeXpose | Distributed By Reading and Thinking Templates