Introduction of Notre Dame de Paris by Victor Hugo
"Notre Dame de Paris" is the French writer Victor Hugo's first romantic novel that caused a sensation. The novel is set in France under the rule of Louis 11 in the fifteenth century.
Through a story of the brutal persecution of a pure and innocent Bohemian girl, the novel exposes the insidiousness of priests, the brutality of religious courts, the shamelessness of nobles, and the king’s Overbearing and brutal.
The work clearly embodies the anti-feudal and anti-church consciousness and praises the people.
Three extraordinary characters caught in a web of fatal obsession are at the center of Hugo's novel.
The grotesque hunchback Quasimodo, the bell-ringer of Notre Dame, owes his life to the austere archdeacon, Claude Frollo, who in turn is bound by a hopeless passion for the gypsy dancer Esmeralda.
She, meanwhile, is bewitched by a handsome, empty-headed officer, but by an unthinking act of kindness wins Quasimodo's selfless devotion.
Behind the central figures moves a pageant of picturesque characters, ranging from the cruel, superstitious king, Louis XI, to the underworld of beggars and petty criminals.
These disreputable trends of night-time assaults on the cathedral are one of the most spectacular set-pieces of Romantic literature. Hugo vividly depicts medieval Paris, where all life is dominated by the massive cathedral.
His passionate enthusiasm for Gothic architecture is set within the context of an epic view of mankind's history, to which he attaches even more importance than to the novel's compelling story. ABOUT THE SERIES: Notre-Dame de Paris by Victor Hugo

For over 100 years Oxford World's Classics has made available the widest range of literature from around the globe. Each affordable volume reflects Oxford's commitment to scholarship, providing the most accurate text plus a wealth of other valuable features, including expert introductions by leading authorities, helpful notes to clarify the text, up-to-date bibliographies for further study, and much more. most celebrated Romantic. 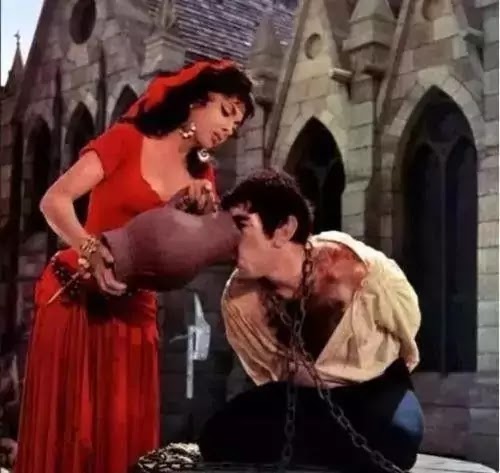 About the Author: Notre-Dame de Paris by Victor Hugo

French writer. An important representative of French romantic literature. In 1841, he was elected a member of the French Academy of Languages. Born into an officer's family.
The novel "Notre Dame de Paris" opposes autocracy and the church. From 1861 to 1869, he completed the novel "Les Miserables", which described the evils of capitalist society from a humanitarian point of view. "Labor at Sea" celebrates the great spiritual power of romantic love in fighting against nature and overcoming human weakness.
"The Laughing Man" describes the miserable lives of the people through the tragic experience of wandering artists. In 1874, he completed the novel "Nine Three Years", depicting the moving scenes of the climax of the French Revolution.
Other works include the poem "The Collection of Legends of Past Dynasties", praising the struggle of the people against evil rulers in history. He also wrote political theories and speeches.

Revolution, crowd, city, middle ages, romantic legend, Byronic and Satanic hero, etc., all integrated together, it is a monument of romance and Gothic novels.
I think the greatest thing about "Notre Dame de Paris" is that it writes about human nature and various personalities wherever there are characters, but it always revolves around the topic of what human nature is like.
In the text, you can feel Hugo's passion for the human world. He wants to write a book for everyone! Whether it is Acura or Flogging, he has exhausted his pen power.
This kind of writing is rare now. Maybe there are fewer people who are as passionate as him. Maybe it is too difficult for people to "speak directly".
We are too many. Discussing techniques and techniques...maybe the times are wrong, this is the product of that era, and now it is impossible to produce romanticism.
He can write beauty and ugliness, nobleness, and perversion to the extreme. Victor Hugo has the right to be arrogant.

1. There is no bread, no place to live, and when he finds that he does not have everything he needs, he feels double that he needs them. He had already discovered the truth: Jupiter created mankind in a flurry of disgust. Throughout the life of a philosopher, his destiny has always attacked his philosophy. As for him, he has never been subjected to such a comprehensive blockade. He heard his stomach beating, and he was very apprehensive to find that evil had defeated his philosophy by using hunger.
2. I found that I lacked the ability to do anything. Seeing that I couldn't do anything, I decided to become a poet.
3. Time is blind and human beings are stupid.
4. The king would not be willing to show his gratitude until the people rebelled. This is an eternal law. "The loyalty to the emperor, even though it has been destroyed by rebellions many times, still gives the citizens a lot of rights.
5. The people, especially the people in the Middle Ages, are like children in the family in society. They stay in the primitive for a long time. In the state of ignorance, staying in the naive stage of morality and intelligence, you can describe them in words that describe children: At this age, there is no compassion.
6. When the "indictment" is executed, it will be the turn of thousands of private individuals. Revenge. Here, just like in the hall, the women are particularly vigorous. They all have a certain hatred of him, some hate him for treacherous, some hate him for ugliness, and the latter hate him the most.
7. Extreme-pain, like extreme joy, will not last long, because it is too fierce. The human heart cannot stay at any extreme for long.
8. The more blind this kind of feeling, the more tenacious, this is really incomprehensible. . It is the most resolute when there is no reason.
9. This is life. It is often our friends that make us fall.
10. Kings like Louis XI must be careful after every slaughter. The road is clean.
Click Here to Download the PDF version of Book Review: Notre-Dame de Paris by Victor Hugo
Next Post Previous Post
Book-Reviews